This is quite an old mod and test I did on the Nintendo Wii "Sensor Bar". The name is spurious, as the bar doesn't do any of the sensing. It merely contains a couple of IR-LEDs (Infra-Red Light Emitting Diodes) that are powered by the Wii. All of the sensing is done in the WiiMote by a small IR camera sitting behind the darkened plastic at the top of the device. The same applies to the WiiU console that was Nintendo's next device after the Wii. This is also why playing a Wii or WiiU in a room that gets direct sunlight is nearly impossible, as the sun's natural IR is brighter than the IR-LEDs, and causes the WiiMote to malfunction as it picks up other IR sources.

At the time I tested this on an 80cm CRT, however much wider LCD and OLED TVs are standard today, so it's even more relevant. I was finding that pointing the WiiMote at the edges of the screen was problematic due to the short length of the sensor bar. The WiiMote's pointer felt like it had an odd accelleration, and light gun games in particular became very inaccurate at the edges of the screen.

Measuring the bar, it came to 24cm wide: 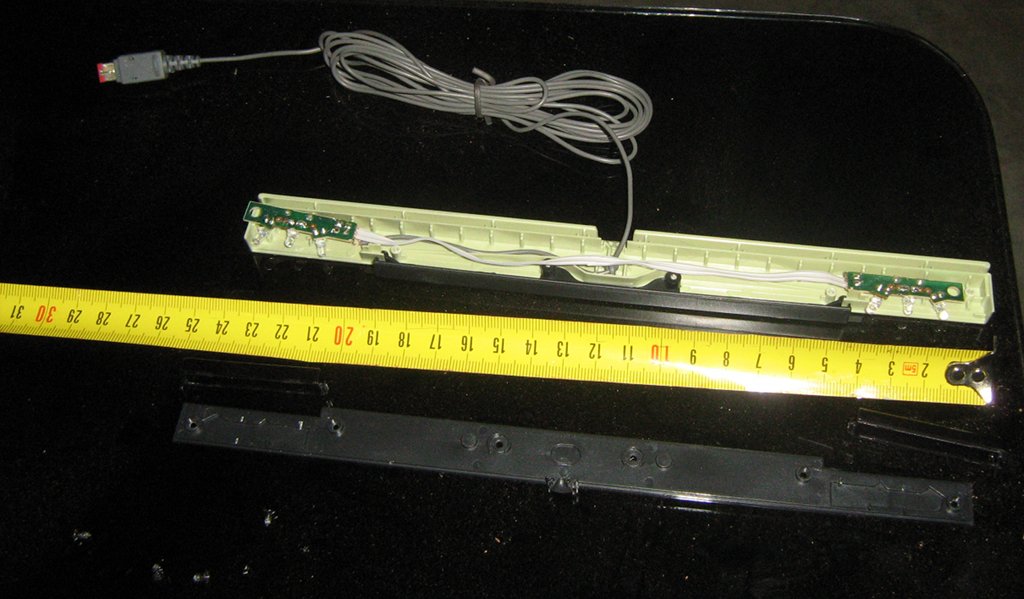 The Wii comes with a built in sensitivity checking tool, which handily shows the WiiMote's impression of what it can see as I was 2.2m back from my screen: 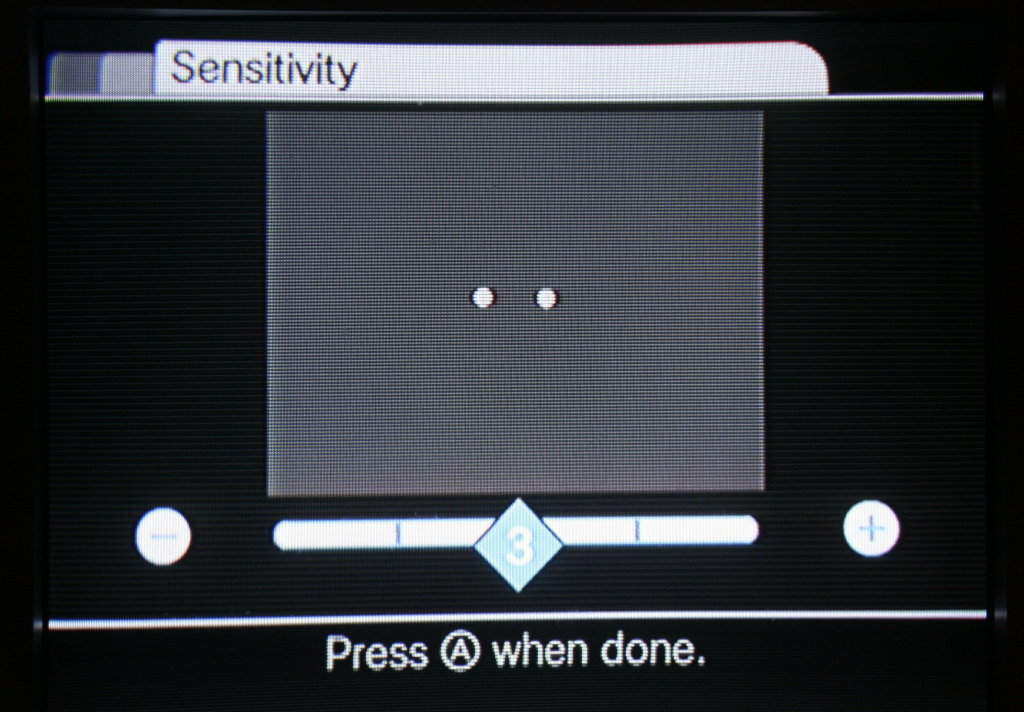 The "mod" was entirely trivial: cut the sensor bar in half, and lengthen with wires to well over 50cm:

Here's a modified bar compared to an original:

And finally, the Wii's impression of the modified bar:

This modification greatly assists with wider screens, and gives far greater accuracy in the corners of games. You want the dots to appear as they do in this screenshot, and there should always be two of them as you point the WiiMote to the extreme edges of the screen. If one of the dots disappears as you move your pointer, bring the IR-LEDs in closer together and re-check.

Also of note are the games themselves. Certain games ship with Nintendo's default API, which is quite laggy. "Link's Crossbow Training" and "House of the Dead: Overkill" are two such games. Both of these are near unplayable due to the delay between movement of the WiiMote and on screen change, as well as the accuracy of the pointer that has an "accelleration" factor as it moves across the screen.

By comparison, the three Sega titles for Wii:

All replace the input code with Sega's own custom tracking. The end result, couple with the sensor bar lengthening, result in a very fast and accurate input system. Enough that the on-screen cursor can be disabled entirely, and the overall experience matching that of the arcade.

Worth noting that simply building your own IR-LED clusters would be perfectly valid as well. These can be purchased from any electronics component supplies store, and permanently attached to the top or bottom of your screen (the Wii and WiiU can be configured for either). These would work with the Wii, WiiU, and the PlayStation 3 GunCon3 guns (the PS3 requires the LEDs to be toward the top of the screen)